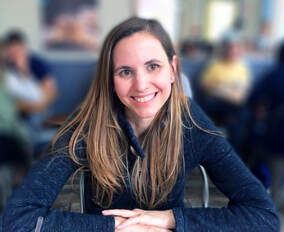 Jessica holds a BA in Philosophy and a BS in Biological Sciences from the University of Missouri.  She earned her PhD at MIT, where she studied neuronal architecture in Paul Garrity's lab.  As a postdoc in Cliff Tabin's lab at Harvard Medical School, Jessica focused on developing tools to more thoroughly investigate axolotl limb regeneration, and she established a breeding colony of axolotls.  These animals were the seeds of the Whited Lab's first home in Brigham and Women's Hospital.  Now at Harvard University, Jessica is an Assistant Professor, a Principal Faculty member of the Harvard Stem Cell Institute, an Associate Member of the Broad Institute, a Smith Family Foundation fellow, a March of Dimes Basil O'Connor Scholar, an NIH New Innovator Awardee, and the recipient of the Presidential Early Career Award for Scientists and Engineers (PECASE).  A native of Michigan, Jessica's interest in biology started with butterflies and time in the woods.  Outside of lab, Jessica's usually hanging out with her twin 11-year-old boys.

Will is our lead animal husbandry technician.  He is a graduate of Tufts University and a wizard at power tools.  Will had extensive previous experience with aquatic animals while at the New England Aquarium.  His hometown is New York City. 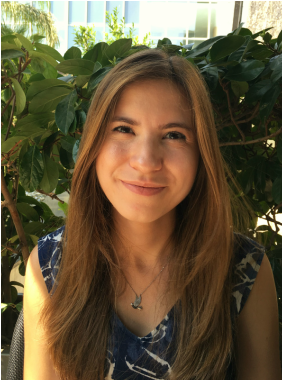 ​Konstantinos "Kostas" Sousounis, PhD
​
Kostas joined the lab in the summer of 2016 to lead our collaborative project with Mike Levin's group at the Allen Discovery Center at Tufts.  He completed his PhD work at the University of Dayton in the lab of Dr. Panagiotis Tsonis.  After a postdoctoral research position in the lab of Dr. Joanna Jankowsky at Baylor, Kostas is now reunited with salamanders.  Kostas is the recipient of the Charles A. King Trust Postdoctoral Fellowship and the NIH K99/R00 Pathway to Independence Award.

Kath is a Junior at Harvard, studying Human Developmental and Regenerative Biology, with a minor in Classical Studies.  She grew up in Lexington, MA and currently lives in Pforzheimer house.  When she isn’t in lab, Kath can be found DJ’ing radio shows, singing opera, or running by the Charles river.  She hopes to pursue a MD/PhD after graduation, and eventually become a professor.

​Gregory Gundberg
​
Gregory is a Research Assistant working in collaboration with the Allen Discovery Center at Tufts. He graduated in 2018 with his B.S. in Biology from Fitchburg State University. In the near future, Gregory plans on pursuing a graduate degree in the field of Biology. In his free time, Gregory enjoys exploring the outdoors, dissecting life's meaning, watching the Wendy Williams show, and discussing the overlapping history of art and fashion. 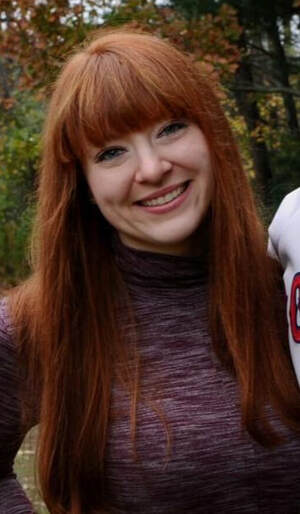 ​Fallon graduated from Northeastern University with a B.S. in Behavioral Neuroscience and Biomedical Physics. From there, she received her Ph.D. in Biology from Tufts University with the help of her advisor Dr. Michael Levin. Fallon’s primary research interests work toward understanding how regenerative animals are able to prevent scarring. She believes that by unveiling how axolotls innately antagonize fibrosis, we will be one step closer to the discovery of new therapeutics that could help millions of human patients. In her free time, Fallon is an astronomy educator at the Museum of Science. She also enjoys snowboarding, handbalancing, aerial rope, theater, hiking and yoga.

​Madison is a University of Maine Graduate with a Bachelors of Science in Marine Science.  She has a wide range of knowledge regarding various aquatic species. Her primary role in the lab is assisting with axolotl husbandry. In her spare time, she helps out at a local scuba shop, and she enjoys scuba diving, reading, watching documentaries, and spending time with her two cats. 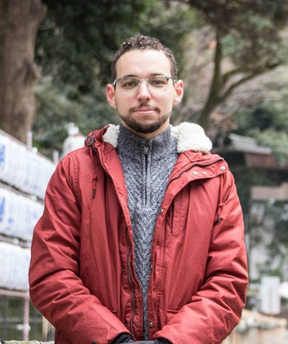 Hani received his BS in Biochemistry from the University of Massachusetts-Boston and has extensive clinical experience working in eye surgery offices in the Boston area. As a technician in the Whited Lab, his project is focused on investigating spinal cord regeneration of axolotls. Hani's interests include skiing, tennis, piano and music production. 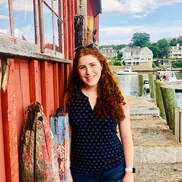 Julia is a junior at Harvard College studying Human Developmental and Regenerative Biology with a secondary in Music. Outside of lab, she is an active member of various music and outreach groups on campus, including the Radcliffe Choral Society and Harvard MIHNUET. Passionate about peer learning, Julia serves as a course assistant for life and physical science classes at Harvard and is a peer mentor for the Harvard University Research Association and the Harvard Premedical Society’s peer advising programs. Outside of Harvard, Julia has acted in featured and background roles for film and television and has been a guest co-star on HBO’s Boardwalk Empire and Crashing. She hopes to pursue an MD/PhD after graduation. 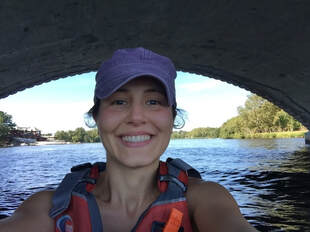 Burcu received her B.S degree in Genetics and Bioengineering from Yeditepe University, Istanbul, Turkey. She studied the role of ETS transcription factors and identified their potential targets involved in neuronal differentiation in the lab of Isil Aksan Kurnaz. Then she stayed there for a bit more to earn her M.S degree. She then came to Boston to work on optic nerve regeneration as a research intern at Larry Benowitz’s lab. She fell in love with Boston and decided to stay to do her PhD. She received her PhD from the lab of Laura Anne Lowery at Boston College and studied how microtubule dynamics are regulated in the neuronal growth cone during axon growth and guidance in developing Xenopus laevis nervous system. Burcu joined the Whited lab in the summer of 2019 and she is very excited to study the role of bioelectrical signaling during axolotl limb regeneration as well as the establishment of positional information in regenerating limb-tail transplants. Outside of the lab Burcu enjoys riding her bike, running, swimming and hiking.

Nina Uzoigwe
​
Nina is an undergraduate at Harvard College studying Bioengineering with a Secondary in Global Health and Health Policy. She is a fully certified Emergency Medical Technician, who frequently serves the collegiate community at social and athletic events, and rides with ProEMS, Cambridge’s primary 911 ambulatory service. She is a peer health advising liaison between the student body and Harvard University Health Services, and a director of several Harvard performing arts groups that embrace diversity and unity on campus, including Expressions and Eleganza. Outside of Harvard, Nina volunteers at a nearby elementary school, where she caters and teaches STEM-related topics to young girls located in underrepresented communities. She hopes to ultimately cultivate genuine excitement, confidence, and literacy in STEM for these young girls so that they are inspired to become powerful influencers of tomorrow. 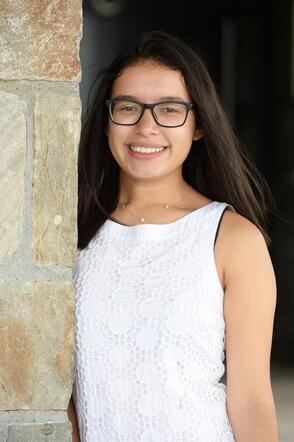 Nicole Mejia is a sophomore at Harvard College studying Integrative Biology with a secondary in Environmental Science and Engineering. After graduation, Nicole hopes to attend veterinary school and specialize in wildlife conservation. She loves all animals and wants to also help in educating people in Honduras about environmentally-friendly alternatives. She was born in Honduras, but lives in Brockton, Massachusetts. Nicole likes to spend her free time volunteering, hiking, playing clarinet and reading. 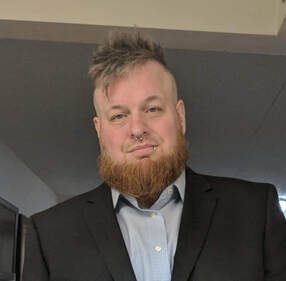 Steven is a visiting senior from the University of Massachusetts studying Bioinformatics.  His focus in data science is transcriptomics and data visualization.  His interests are evo-devo, synthetic biology, and nanofabrication.  Outside of the lab he tutors math and is a mentor for STEM and robot programing at his local Boys and Girls Club.  Hobbies include hobby farming and most anything that involves diesel, rust, and/or Volkswagen.​ 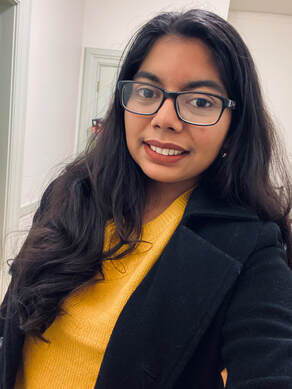 Shifa Hossain is a first year student in Harvard college.  She was born and raised in LA and has had a passion in research since high school.  She enjoys spending time with family and friends and watching informational videos during her spare time, such as Ted-Ed and Patriot Act with Hasan Minhaj.

Michael is a Harvard College undergraduate studying Human Developmental and Regenerative Biology. He was raised in Bakersfield, California, and he currently lives in Adams House. In the future, he hopes to pursue a career in medicine, hopefully as a surgeon. Outside the lab, most of his time is spent studying or training as part of the Varsity Men’s Water Polo team. In his free time, he enjoys attending social events, practicing guitar, and watching sports.

Juan was born and raised in Puerto Rico, where he received his B.S. in Microbiology. At the University of Puerto Rico - Humacao, he studied the early muscle development in Xenopus laevis. Juan joined the Whited lab in Fall 2020 as a Harvard post-bac student to study whether amphiregulin is required for limb regeneration. Apart from Biology, Juan loves to take wildlife photographs, travel and listen to classical music. In his free time, he enjoys cooking, playing volleyball and shopping.