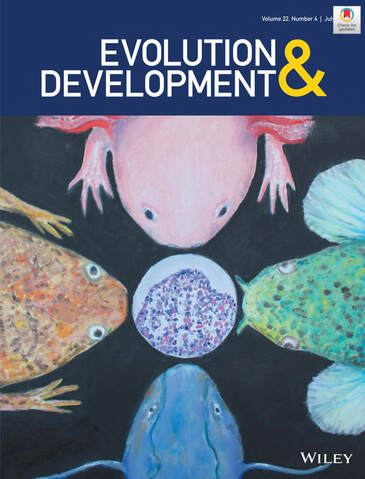 Summer 2020:  The VWDE paper, led by Nick Leigh, was featured on the cover of Evolution & Development with a fantastic oil painting by Gregory Gundberg illustrating the four species included in this work.


​
March 31, 2020:  Congratulations to undergraduate Jose Martinez Fernandez, who just won an NSF GRFP Fellowship!  At the moment of award, Jose still has not officially decided on which graduate program he will choose, but whichever one it is, they are super lucky to have him!  And a big congrats and thank you to Kostas and Donald as well for working beside Jose at the bench the last few years!
March, 2020:  Congratulations to Kostas (+ Donald, Jose, Sam, Steph, Greg, Jihee, Kath) on their work connecting DNA damage response to axolotl limb regeneration, accepted by eLife!  Congratulations to Nick (+ Sofia, Duygu, Anthony, Kim, Garrett) and our collaborators in Igor Schneider's lab (+ Aline and Josane) as well as Brian Haas and Mike Levin--a collaborative project investigating the role of VWDE in appendage and tail regeneration was accepted at Evolution & Development!
​
Ahhhh the memories, Border Cafe!  L-R:  Garrett, Bess, Nick, Duygu, Kostas, Greg, and Steph (our guest for the day) 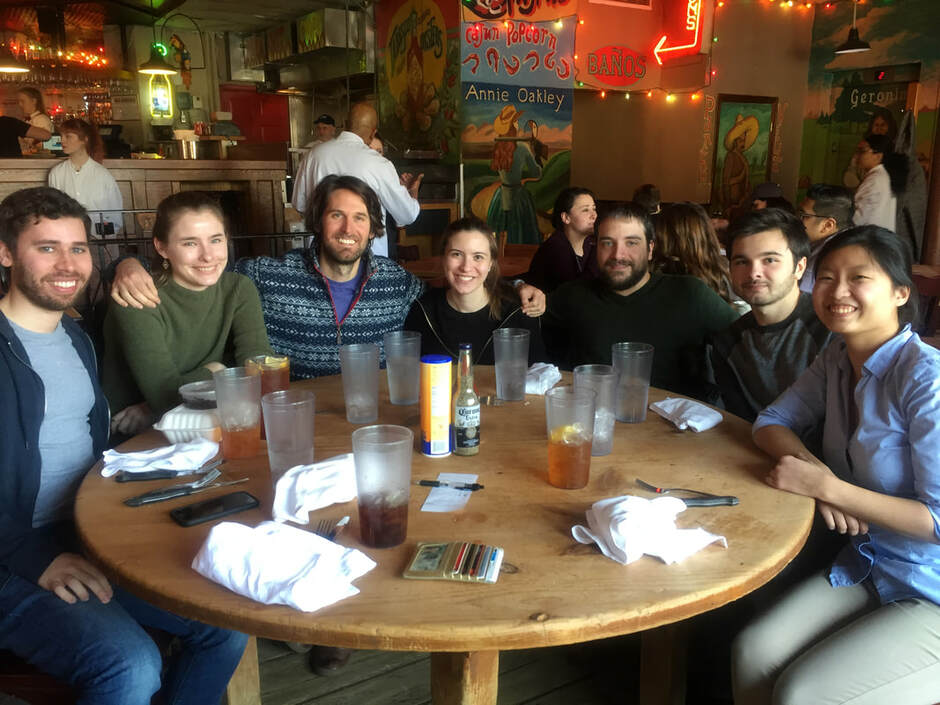 January 1, 2018:  The Whited Lab officially becomes part of the Department of Stem Cell and Regenerative Biology at Harvard University, relocating to Cambridge this semester!

December 4, 2018:  Congrats to Nick Leigh and everyone else who contributed to the paper published today in Nature Communications using single-cell RNAseq to dissect the cell types within regenerating axolotl limbs.

March 2017:  In his deep report on the plight of the wild axolotl for Nova Now, writer Josh Sokol mentions some of the lab's latest findings:  http://www.pbs.org/wgbh/nova/next/nature/saving-axolotls/
December 2017:  Our lab's work is covered on Vice Spanish thanks to Sergio Pérez Gavilán!
​
https://www.vice.com/es_mx/article/qvzdmq/creators-una-biologa-de-harvard-nos-conto-porque-los-ajolotes-son-la-esperanza-de-la-humanidad
November 6, 2017:  Congrats to Donald and the rest of the team!  The paper demonstrating axolotl limbs fail to regenerate following repeated challenges is now out:  https://www.nature.com/articles/s41536-017-0034-z
​
​July 20, 2017:  Jessica featured in the Cell Press Crosstalk blog
​
​​http://crosstalk.cell.com/blog/meet-jessica-whited-axolotl-expert-and-actual-living-scientist
October 31, 2017:  The systemic cell cycle re-entry paper is now online!
​https://www.sciencedirect.com/science/article/pii/S0012160617301951
​ 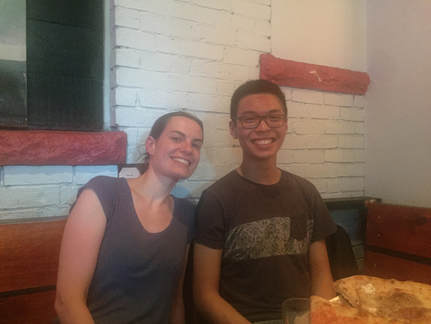 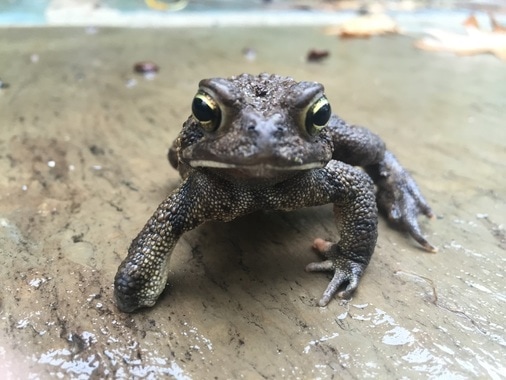 October 28, 2016:  A guest at Jessica's house.  This little frog was waiting on the walkway this morning.  He perfectly demonstrates the limited ability of frogs to regenerate limbs as adults.
Powered by